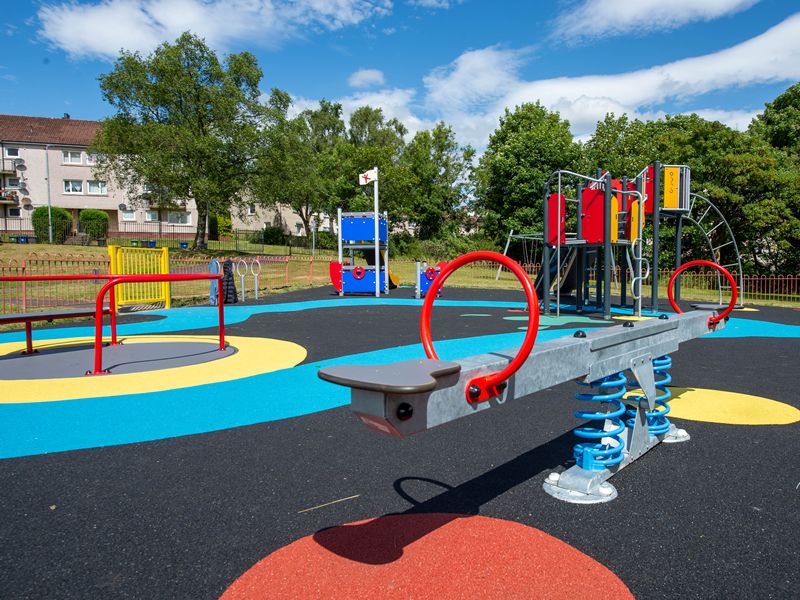 The latest play park to reopen, after the entire play area was replaced with all-new equipment, is Durrockstock Park in Paisley and it now includes an exciting five-way swing, zip slide, chutes, accessible roundabout and climbing frame.

Local communities, including schools, community groups and elected members, were asked for what they thought should be included in their area and this feedback shaped the plans for each play park being renewed as part of the seven-figure investment.

Councillor Michelle Campbell, Convener of Renfrewshire Council’s Infrastructure, Land and Environment Policy Board, said: “Play parks are an integral part of the local community and it’s so important that we provide exciting equipment for young people and families to take advantage of.

“Our free play spaces across our communities are a priority for our administration, as they were for our previous administration. We continue to recognise and listen to our communities to ensure these modernised spaces reflect what children will engage with for play. It is an essential part of childhood development.

“We want our parks to be busy, inviting places to visit which is why we’ve committed more than £1million to completely renew Durrockstock play park and 8 others in Renfrewshire.

“I’m delighted that this play park is now open and seeing how well-used it is already is so encouraging with the school holidays set to begin – I can’t wait to see all the others open this summer too.”

Durrockstock follows the reopening of play parks at Barwood Park in Erskine and Morar Drive in Paisley as part of the £1million investment.

Further play areas have been achieved through community fundraising and the Council’s Green Spaces, Parks and Play Areas and Villages Investment Fund, with Sandyflats in Johnstone now reopened with brand-new equipment and work set to begin in Kilbarchan Park in mid-July.