Republica dominated the charts in the Nineties, don't miss them when they bring their high energy electropop-punk vibes to The Bungalow Paisley on Friday 30th September! 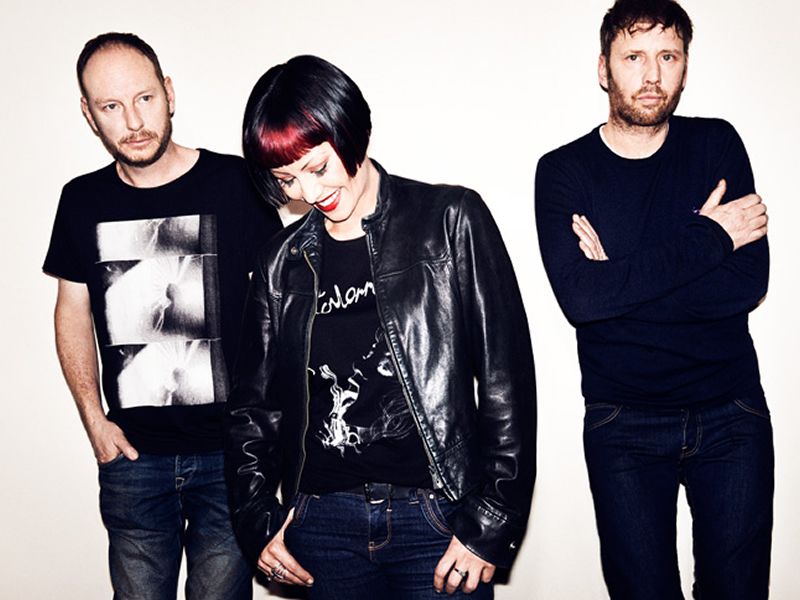 Republica are back and have been very active recently. They released their highly acclaimed new EP ‘Christiana Obey’ and promoted it with a sold out UK tour and selected European festival appearances including the prestigious Isle Of Wight Festival, Norway’s Midnattsrocken Festival, The Welsh GB Rally and Hanover's Ferryman Festival in Germany.

Republica dominated the charts in the Nineties and exploded back in 2013 with a new EP, UK tour and festival slots.

Between 1996 and 1999, Republica sold an incredible 3 million albums and clinched Top 5 slots in the UK, America and Europe with platinum sales across the globe, while their hit single ‘Ready to Go’ soared to Number One in many countries.

The band has never really been away, with their music becoming the soundtrack to the past few decades – ‘Ready to Go’ featured on more than 300 films and adverts and Wes Craven selected their hit single, ‘Drop Dead Gorgeous’ for the soundtrack to his hit movie Scream and invited them to perform at its Hollywood premiere. With her unique sound and iconic image, it is only natural that Saffron has been in demand from a host of the world's biggest music acts, including The Prodigy, who used her vocals on ‘Fuel My Fire’ from their critically-acclaimed ‘Fat of the Land’ album.

Saffron also worked with The Cure on single ‘Just Say Yes’; collaborated with Junkie XL for his 2003 album ‘Radio JXL: A Broadcast from the Computer Hell Cabin’ and scored a number one dance single with him; she duetted with Gary Numan, recorded ‘Pork-U-Pine’ with Jeff Beck for his album, ‘Jeff’; worked with DJ Carl Cox on ‘Get What You Paid 4’ and also worked with artists including Jah Wobble - who wrote ‘World Of You’ for her - N-Joi - performing on their hit, ‘Anthem’ - Mark Moore, St Etienne and The Shamen. Republica have been touring constantly over the last couple of years with a sell out 20th anniversary tour co-headlining with Space, performances in Dubai, Israel and Germany and a sell out UK tour with Sir Bob Geldolf’s Boomtown Rats.

Their first 2 albums are being reissued this year as Deluxe Double and Triple CDs to be followed by the highly anticipated new album.

Riddemption have a mission to deliver UK based original roots rock reggae that pays tribute to the forefathers and queens of the genre that have gone before them!
Read more

Enjoy a candlelit evening from two of Paisley's favourite ladies of jazz; Evelyn Laurie and Leana Zaccarini at The Bungalow on Saturday 23rd July!
Read more

The Doors Of Perception

True Order emulate the sound and attitude of New Order to ensure a great night of classic deep cuts and sing along anthems! Catch them when they return to The Bungalow Paisley in August!
Read more

Don't miss the return of Scotland's UB40 Tribute Band, One In Ten, to The Bungalow Paisley on Saturday 27th August!
Read more

The Beatles For Sale

The Beatles For Sale, one of the UK's most authentic sounding Beatles tribute bands, will play The Bungalow Paisley on Friday 2nd September!
Read more

Hells Bells a Tribute to AC/DC

The UK's number one tribute to Stereophonics head to the Bungalow Paisley to perform a mind blowing set with all the classics that you will know and love!
Read more

Talking Heads tribute band Heads Up! bring the classic hits to life with their spellbinding live show! Don't miss them live at The Bungalow on 16th September!
Read more

The Bryan Adams Experience is a celebration and tribute to the hit songs and enduring popularity of Bryan Adams, catch them at The Bungalow Paisley on 23rd September!
Read more

LNP Promotions are delighted to bring Billy Sullivan and his band to The Bungalow Paisley on 24th September for what promises to be an extra special intimate gig!
Read more

Portsmouth based Fleetingwood Mac is a young and exciting new tribute to the legendary band Fleetwood Mac, catch them live at The Bungalow Paisley on 1st October!
Read more

NNE proudly presents STIPE, the definitive tribute to one of the biggest bands in rock music - R.E.M, at the Bungalow Paisley on Saturday 15th October!
Read more

Eight piece Ska band PorkPie will be live at The Bungalow Paisley on Saturday 29th October, performing classics from The Specials, Bad Manners, Madness, The Beat and more!
Read more

Flash - A Tribute To Queen

Get ready to rock... Flash - A Tribute to Queen will return to The Bungalow Paisley on Saturday 19th November!
Read more

Tom Hingley the lead singer with Inspiral Carpets from 1989-2011 brings his band The Karpets to the Bungalow Paisley on Saturday 26th November!
Read more

The Re-Claimers are returning to the Bungalow Paisley with their critically acclaimed and fabulously Scottish live music show on Saturday 3rd December!
Read more

Sandy Brechin is one of Scotland's best known accordionists, don't miss him and his band live at Lochwinnoch Golf Club on 16th July as part of Scotland on Tour!
Read more

Experience a fantastic farm animal safari from a purpose built 14 seater all weather trailer where you can enjoy the panoramic 360 degree views of this working farm in Kilmacolm!

Coloursfest returns on Saturday 6th August with its biggest ever show, taking over Braehead Arena and Waterfront for an 11 hour extravaganza!